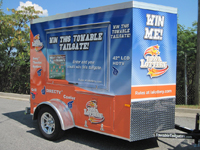 The State of Iowa Lottery called on Towable Tailgates in to develop and build a customized Tailgate Trailer to be given as the Grand Prize in their new seasonal scratch-off lottery ticket promotion titled “The Great State Tailgate”. This Tailgater was delivered before the first weekend of College Football and will be busy touring the state for 14 weeks stopping at various colleges each week thoughout the season. The primary objective of the Tailgater will be to grow interest in the new “The Great State Tailgate” ticket promotion before being given away as the Grand Prize to the lucky winner in December 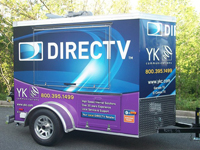 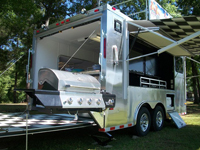 Nascar.com came to us to develop an Ultimate Tailgating Vehicle to market their summer series races on the Nascar Sprint Cup Series. We worked closely with them to develop a trailer that incorporated fan input, sponsorship opportunities, a video series and giveaway promotion. The Ultimate Tailgating Vehicle, sponsored by Coors Light, made visits to each race and was given away to one lucky fan at the end of the summer tour. 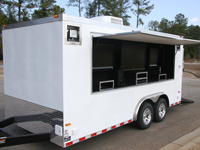 Eatel, one of the most innovative communication companies in the southern Louisiana area, was looking for a creative way to demonstrate their new FiberEdge technology to potential customers. We worked to create a unique trailer with display windows on each side which had six of their new TV receivers setup on six LCD TVs. They premiered this trailer at the Louisiana Crawfish Festival, where potential customers had the opportunity to see their new FiberEdge TV service in action. 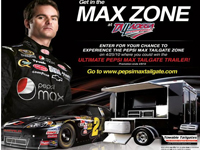 Pepsi wanted a way to get their Pepsi Max brand directly in front of customers at on-site events. Multiple bottlers in the Southeast have purchased Ultimate Tailgater trailers for use in their areas to build brand recognition and build sales of their products. They have setup at sporting events, fairs, local Wal-Mart’s, and spring break locations. Our trailers have helped them tap directly into their potential customers.

Stay Up To Date

Submit your Email below to keep up with the latest Towable Tailgates news!